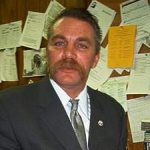 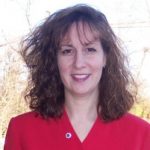 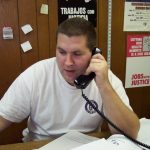 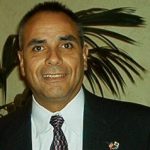 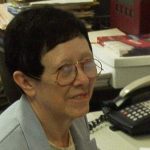 John began working at UMDNJ in 1984 and became active in his Union.  He became a Shop Steward, represented workers and negotiated three contracts for the Operating Engineers. He was promoted to Supervisor in 1995 and immediately became involved with the newly formed CWA. He was elected the first Branch President and assisted in the negotiations of the first contract.

In 1997 John was demoted for his Union activity. He fought a three-year battle; with the help of CWA and Kathy Hernandez, the University was found guilty of anti-union animus and was forced to reinstate him. He was then re-elected to serve as Branch President in 2000.  John set his limits even further when he ran for President of Local 1031 in 2002.  He successfully accomplished his goal and on January 1, 2003 began his three year term as President of CWA Local 1031.

As John stated in his campaign, “I will fight for anyone, for any problem, no matter how small, because with perseverance we will survive”

Kathy has made Local 1031 her professional home since 1992.   She was hired as an intern at Local 1031 over 10 years ago while attending Rutgers School of Labor, and she has worked her way up to a Staff Representative I.

During this time she has worked with every kind of worker who is represented by our 1031 workforce, State Workers, UMDNJ Supervisors, Library Personnel and Township Employees. She has proudly brought groups from hopeful Organizing Committees to a first contract.  Kathy ran for office of Executive Vice President in 2002 and began her three year term on January 1, 2003.

As Kathy stated in her campaign, “CWA members deserve dedicated leaders who put their needs first. This is a promise you can count on”.

John Polk joined the Local in July, 2003 as a Staff Representative III.  John is currently on an indefinite leave from his state worker position at William Paterson University.  He has served our Local as a shop steward for many years as well as an elected Branch Treasurer for two terms.  In 2004 John took over the position of Secretary/Treasurer.

We welcome John to our staff and we are confident that he will be able to assist our members’ needs.

Rene worked for Verizon Information Services for Thirteen years with the last six years as an Inside Sales Representative.  In October of  2000, he helped organize Verizon Information Services, a process that lasted two and a half years giving Verizon employees a voice at the work place in 19 East Coast Divisions.  Rene joined Local 1031 in March 2003 as an Organizer.

Rene strongly believes that to protect the employee’s working rights, they need a Union  to represent them and he believes that there is no other Union like CWA.

Phyllis is a graduate of Montclair State and Rutgers University (School of Communication, Information & Library Studies, and School of Management and Labor Relations). In 2000, she took early retirement from the Ocean County Library System after twenty-five years of service. As a Librarian, she was very active in her union, OPEIU, serving as a Shop Steward for twenty years.